Close to Gulfport shopping and Highway 49 is our self storage facility Tellus Self Storage - Dedeaux West today. Find us at 15276 Dedeaux Road, right between Budget Cleaners and AutoZone. We’re only 6 miles from downtown Gulfport and easily accessible from Gulfport-Biloxi International Airport and Mississippi Gulf Coast Community College.

Like what you see? We’d love to hear from you. Tell us all about it.
Write a Review

What would you like to do with this unit selection?

Close to Gulfport shopping and Highway 49 is our self storage facility Tellus Self Storage - Dedeaux West today. Find us at 15276 Dedeaux Road, right between Budget Cleaners and AutoZone. We’re only 6 miles from downtown Gulfport and easily accessible from Gulfport-Biloxi International Airport and Mississippi Gulf Coast Community College.

Clutter builds up over the years. Even with regular clearouts, sometimes you still need extra space for items such as gardening equipment, seasonal clothes, and holiday decorations. Offering low rates with exceptional customer service, Tellus Self Storage - Dedeaux West is dedicated to finding storage solutions. Our facility is open for access 24 hours a day, giving you the freedom to access your belongings whenever you choose. You’ll never have to wait again!

If you’re moving heavy items such as furniture or boxes of books, the last thing you want to do is carry them across the facility. That’s why we provide handcarts for our customers. They make moving even the heaviest and largest of objects easy. If you ever find yourself short on packing supplies such as boxes, tape and bubble wrap, you won’t have to leave the facility to visit a local shop. You can simply buy more onsite at affordable prices. We’re always here to help! 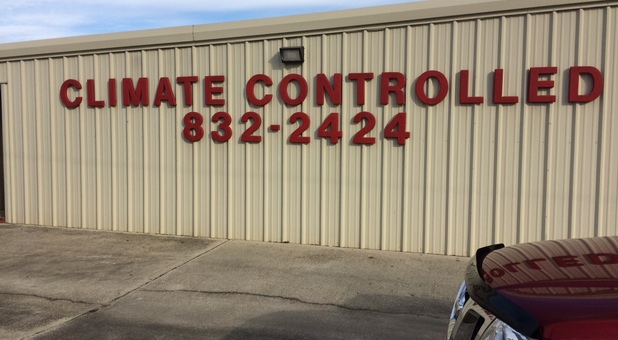 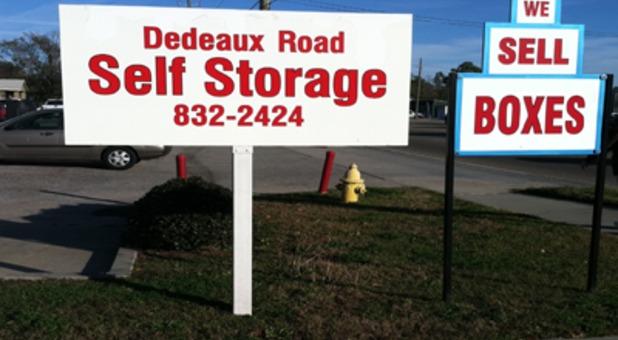 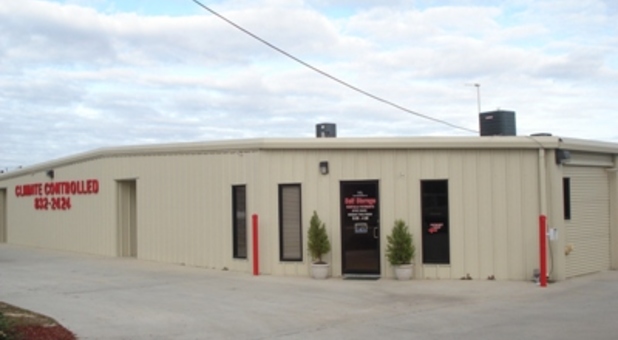 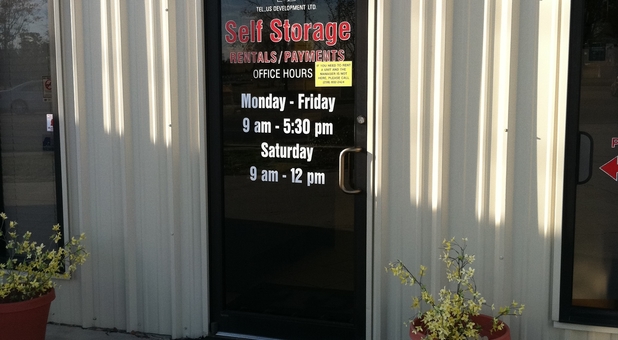 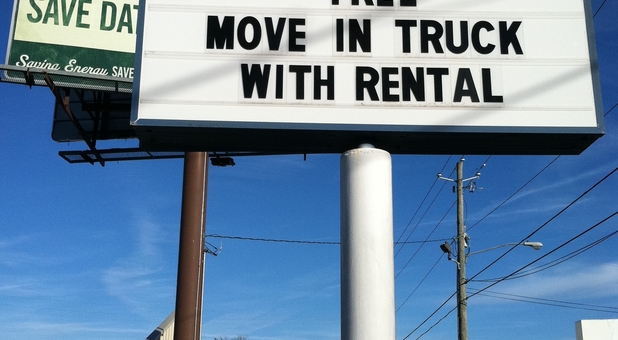 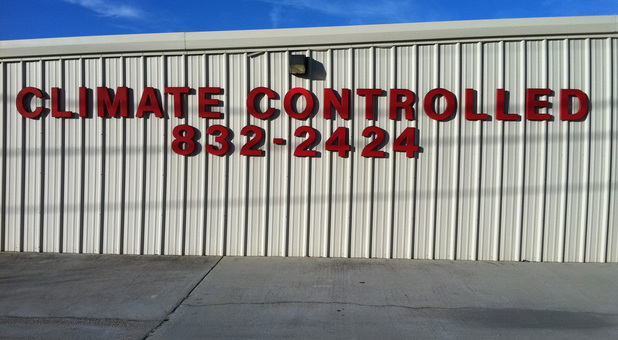 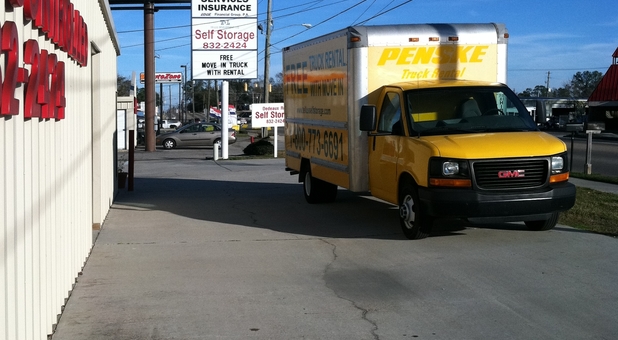 My review listed below should be 1 star. If I could leave a 0, I would

Shady Business Practices
Renee Thronson
My experience with Tellus started good and turned into a nightmare. I contacted Tellus Self Storage - Dedeaux West on Feb, 15, 2021. I spoke with a woman and advised I did not need a storage unit until Feb 26, 2021 which was my move date. A unit was available and she said it could be "reserved" for me. We discussed the free rental truck and I advised her I would need it on Feb, 26, 2021. She said the manager would call me to verify all the details. The manager called me later that day and said I would need to come in and pay for the unit, so it couldn't be rented out. The manager knew when I wouldn't be moving in until Feb 26th. I rushed down there and paid $131.19. I was not told I needed insurance ($6.00 per month) nor was I told about the $20.00 admin fee by the lady I talked to or the manager. These extra fees were sprung on me when I arrived to pay for the unit which remained empty until my move in date Feb 26th. Also the fact that my son who would be driving the truck would need proof of insurance. I was not told about this in advance by the first lady I talked to or by the manager over the phone prior to my arrival. I came to pick up the "FREE" rental truck which allows moving 50 miles free. No problem. The mileage from the storage place, my apartment, the gas station to top off the gas tank and to unload my stuff and drop off the truck, should have been 18.8 miles maybe 20 miles at the most. When I showed up to pick up the truck I was advised there was a $10.00 charge for an additional driver, since the unit was in my name my son was considered an additional driver. Gee I told the manager I had cancer. Did he really think I would be driving? Shouldn't I have been told about the extra driver charge in advance? A day later after dropping off the truck, I logged in to set up my online account and there was a charge for $124.03. I called the office and spoke with the manager and was advised I drove 207 miles. I was told that needed to be paid immediately. I told the manager I could not see how the mileage was correct. He said my son must have drove some other places. Seriously my son's going to joy ride with my furniture for 207 miles all around the coast. In the time frame the truck was picked up, loaded and dropped off I did not see how that was humanely possible. I asked if there was a governor on the truck and was told no. I asked what kind of mileage the truck got and was told by the manager he didn't know. One gas receipt I dropped off was for $20.00 gas 6.062 gallons. The second receipt I shouldn't have turned in cause my son said he thought something was strange that the truck would take that much gas. He order anther $8.00 and when he tried to fill it, the pump cut off so he put the remainder of the gas in his friend's truck who was helping us move. Another thing I notice on your web site when you click on reservations, it says reservations will be honored for 90 days. If that's the case why was I forced to pay $131.19. I was given the prior person's truck rental with their mileage, but that means nothing, it could have been changed. You are running a shady operation here. You got a total of $255.22 from me prior to moving in. I'm sure that made your sales numbers and books look better with that extra money. Somebody has lied, doctored books, the odometer is screwed up on your truck or all of the above. Now my March rent is due and I don't have the money until I get my social security check on the March 9th and I'll have to pay a late fee. I will NEVER recommend Tellus to anyone, especially Dedeaux West location. When I'm done with you and I move my things out you will NEVER see any business from me.

Great place!
Cindy E.
I stored my items for 6 months there. Keith was always so helpful. No issues at all, a nice, clean, secure facility.

I would totally recommend this storage facility.
Sarah Bishop
I would totally recommend this storage facility. it is clean, secure and safe. I lived across country for nearly 5 years with my most personal possessions stored here. I never once felt that my things were in harms way or unsafe. If there was ever an issue I would either receive a call from Keith or I knew I could place a call to Keith to have him quickly resolve. The only real problem that we ever had was weather related which I was quickly notified so that I could get to Gulfport to help fix it. I would definitely rent there again if the opportunity would arise.
View More
Write a review